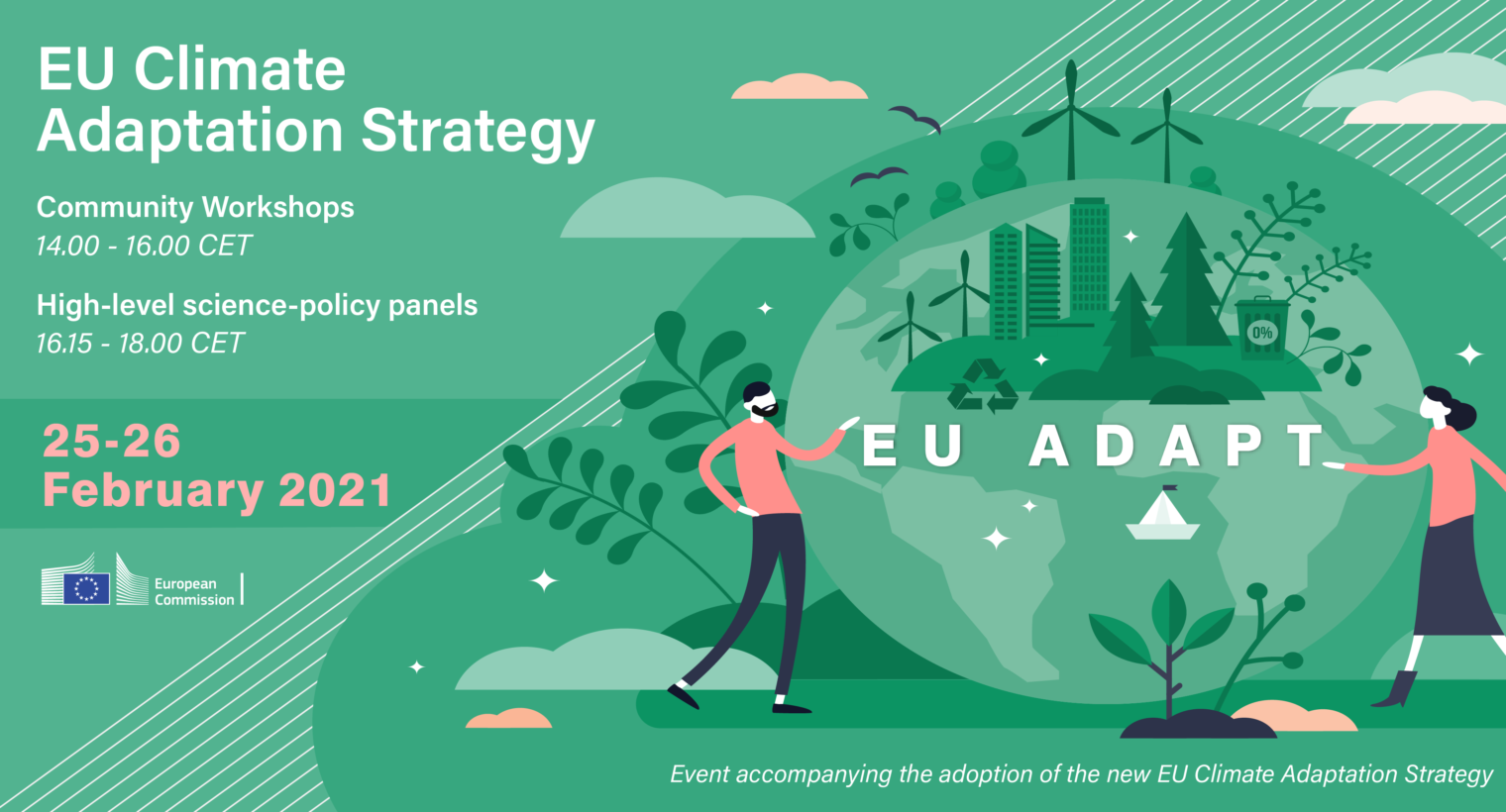 The European Commission has released the new and more ambitious EU Climate Adaptation Strategy on February 24th, 2021. The Strategy complements the proposed European Climate Law and sets to foster adaptive capacity and socially-just transformations to climate-resilient society, fully adapted to the unavoidable impacts of climate change. During this event, members of adaptation and disaster risk reduction communities will discuss how to reach these goals and accelerate adaptation actions.

On behalf of the European Commission, DG CLIMA, the Foundation Euro-Mediterranean Centre on Climate Change organised a Virtual Event accompanying the adoption of the new EU Climate Adaptation Strategy with the aim of mobilising the climate adaptation community and providing forum for reflecting on the role of science and innovation in general, and how climate adaptation community can contribute to meeting the goals of the Strategy. The Event will take place on February 25th and 26th and is composed by community workshops (three parallel streams 14.00 – 16.00 CET on both days), and high-level policy panels (16.15-18.00 CET on both days). The event is organised in the context of the commissioned Study on Adaptation Modelling (CLIMA.A3/ETU/2018/0010).

Read more about the event on the CMCC Website